My friend and I visited a post-communist factory, Fabrika Tullave. It was an interesting adventure!

Why is the entry called FALLOUT: ALBANIA you asked? If you play Fallout games, this post-communist factory gave me this post-apocalyptic feel, and the grey weather gives it a nice touch. The buildings were old, run down, broken windows, debris, stray mutated dogs and monstrous radiated sheep.

We took the furgon there, and I awkwardly shouted out in shqip to stop at our destination. Of course, I got starred at but I have badass honey badger syndrome.

As we got off the furgon, we started walking towards the industrial building. A woman saw us, she knew we were foreigners. We started chatting and she invited us for coffee. She was real hospitable and welcomed us to her house and chatted for half an hour. This is something in America would never do. Her front yard was beautiful and big. There were lots of chickens walking around.

We took a group picture with her, she gave us good bye kisses on the cheeks, and then continued on our adventure. 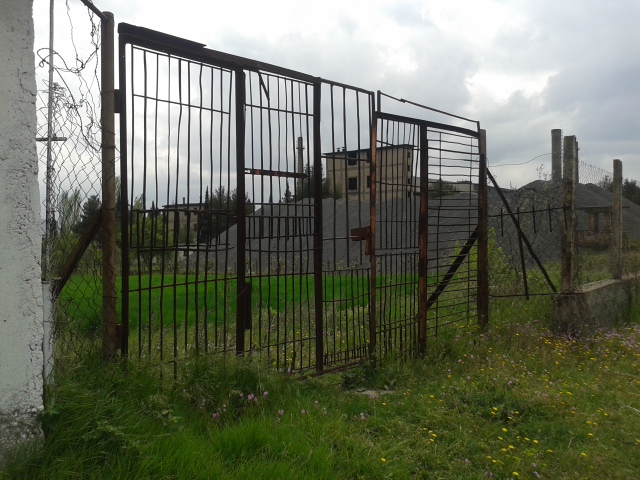 Unfortunately, we couldn’t get closer to the buildings because there’s always something that’s preventing us and keeping us at bay-security guards and dogs.

We walked to other parts of the factory and some kids stopped by and stared at us. 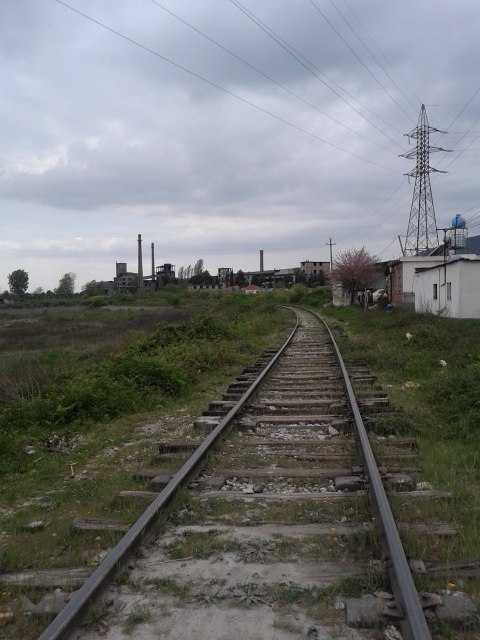 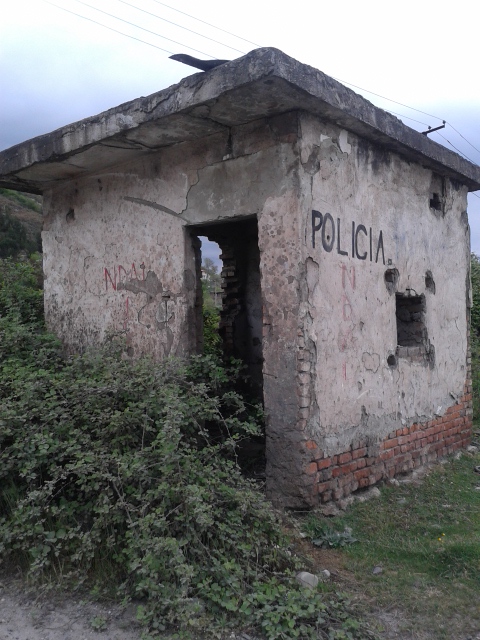 We continued to go further along the area and found some interesting buildings…..well things that I find interesting because this is my blog… 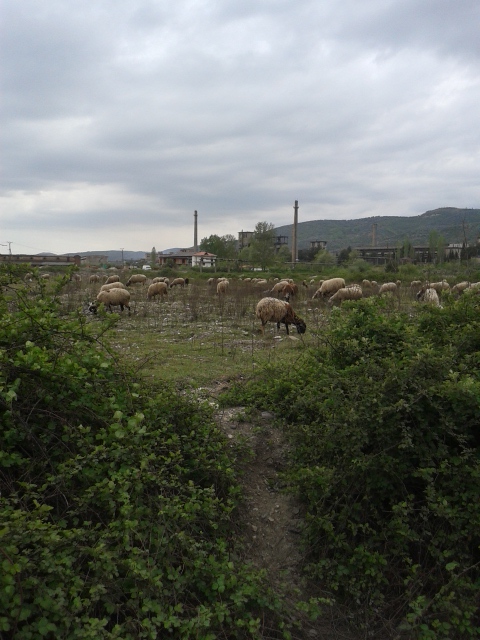 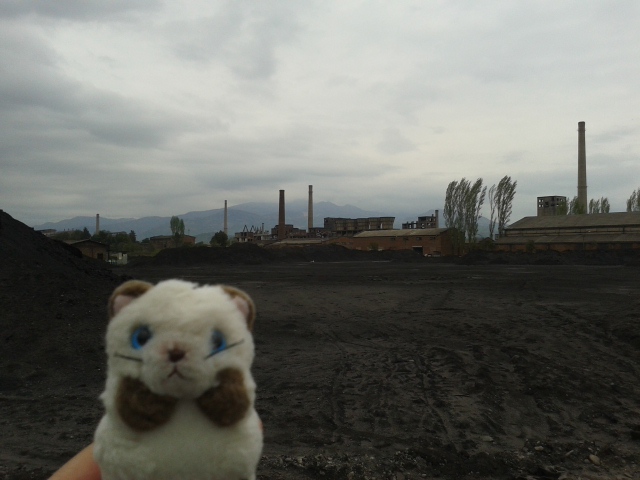 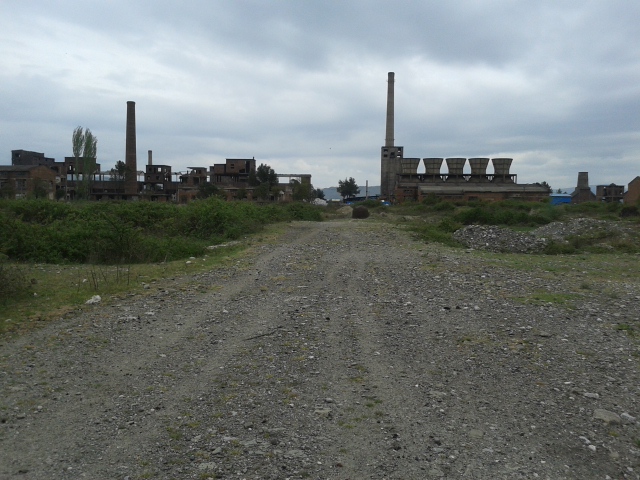 At that point, a police walked towards us from afar. We started leaving the area but he was still following us. Eventually he disappeared. 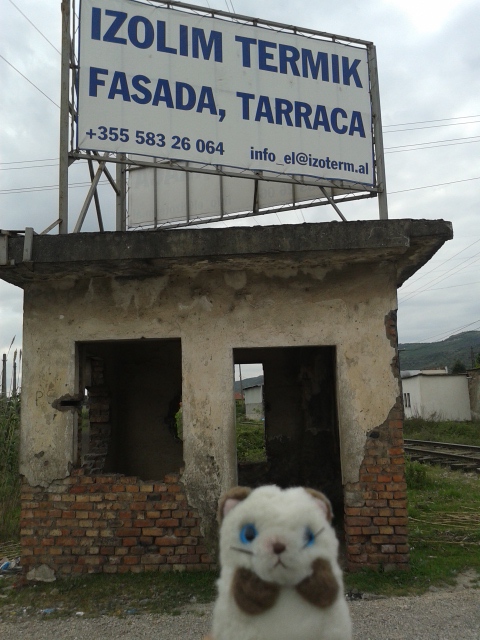 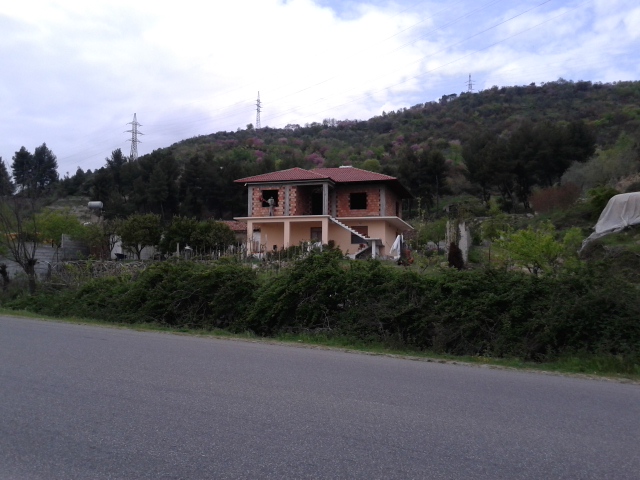 Albanian house near the road…

The tricky part was to catch a furgon as we were walking on the road. My friend flagged at the one going the same direction as us. Luckily, it didn’t take long and we chatted a little bit with the driver. We were heading back home. Today was a successful and productive day!

One thought on “FALLOUT: ALBANIA”