After giving lessons, I went outside to the volleyball field and watched students play. I started talking to a few students, mostly were girls, in shqip and English. The girls seem shy but also excited to meet me. I was asked to take pictures with them and signed autographs. It was fun being a celebrity!

At one moment, a çun walked pass me, and said “What’s up my ni–a?” I was unimpressed and unresponsive.

Moments later, I went to the play field and watched the girls play volleyball. After watching Game of Thrones, all I could think of were girls hitting the ball so hard, it got brutal and seeing blood everywhere with severed fingers and arms flying all over the field! But that version was fiction.

Here are some pictures of girls playing volleyball…. 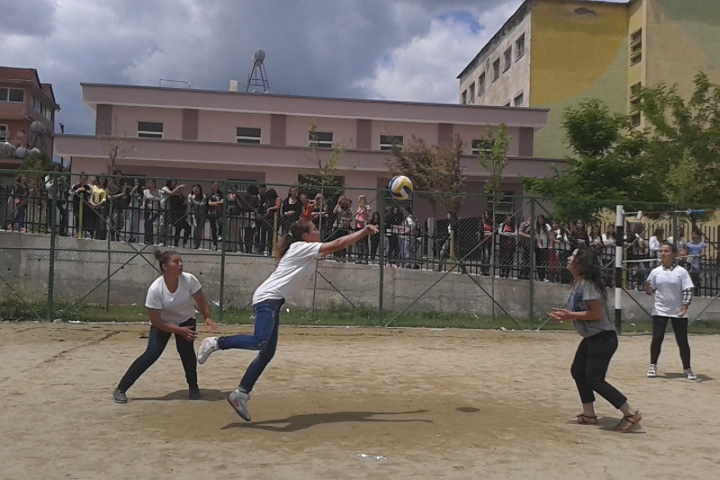 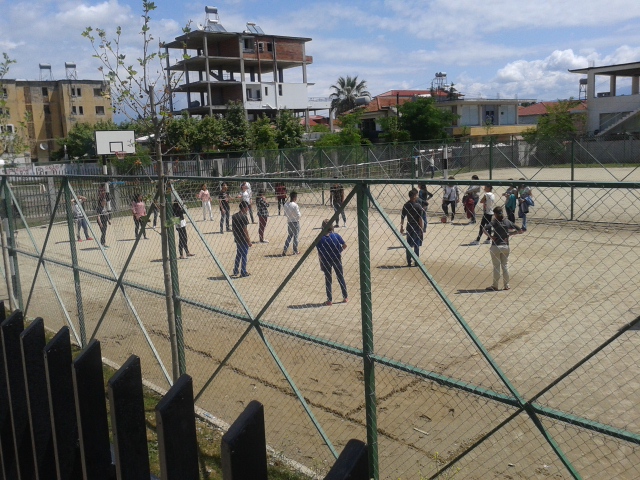 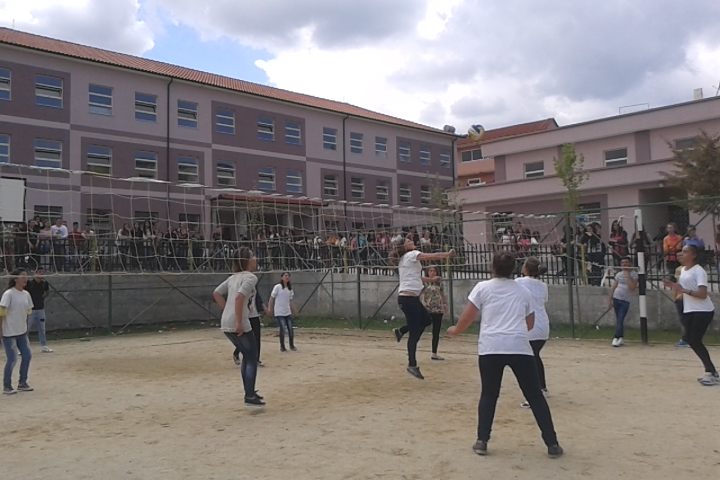 After that, I walked to the bookstore and bought a couple fairytale books and planned a small book club with the neighborhood girls. 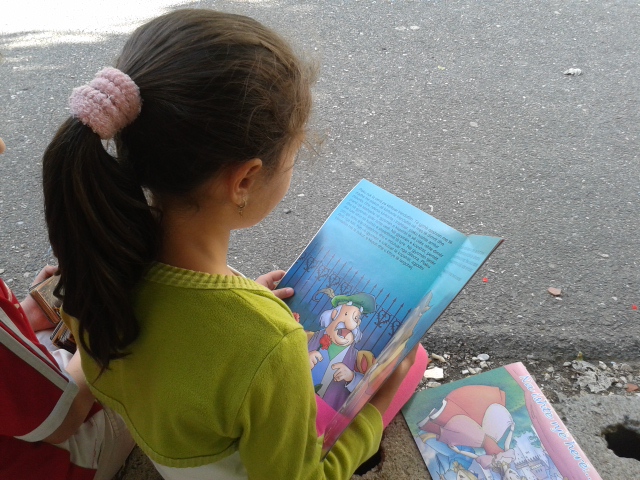 One of the girls donated a book, while the others were reading and I was listening. That’s my little book club. 🙂