In Albanian grading system, the marks are shown as numbers. 10 is equivalent to A+ or 100% and 4 is equivalent to failing or 50%. Why isn’t there 3,2 or 1?? Well, according to some teachers who lived in communist days, they did use numbers that goes lower than 4, but nowadays, it’s just 4. 5 is barely passing, equivalent to a D. So why did I come up with the entry blog “The power of 4”? My counterpart is giving me the power to use the register (record book-contains list of students in a particular class group with their home teacher, their grades and subjects, it is forbidden for students to touch the record book). Students misbehave when I’m the only one teaching the classroom. So I’m given the power to write down 4s, on the book, next to their names if they’re being bad.

Funny thing happened in class. A student’s phone rang with some obnoxious music playing in the cellphone door rack. The whole classroom laughed and put the student to shame (not really). I have a reason to laugh because he should have put the phone on silent. He walked up to grab his phone and then walked out to answer it.

A student was obnoxious and tried to catch my attention. Why? I wrote his name down on the board for being talkative. He tried several times to grab my attention while I was focusing on another student who was reading for the class. One time he asked if I can speak English and my response to that was a smart one in Albanian. It made the whole class laugh.

Some students plagirized their report. This is a problem for most PCV-English teachers. Students wrote a report, and it seems that everyone had the same, word for word. Exact. The teacher was disappointed at the students for stealing someone’s work and claimed it as their own. She ripped a student’s report in front of the class and asked everyone to do over. The report was suppose to be about Albanian and American food. Everyone copied and pasted the same thing from Wikipedia. This is the first year English class and I know that everyone is not that advanced in English to write an elaborate report.

Students brought their Easter egg art and some masks. Today’s lesson was about Shrove Tuesday and Mardi Gras. 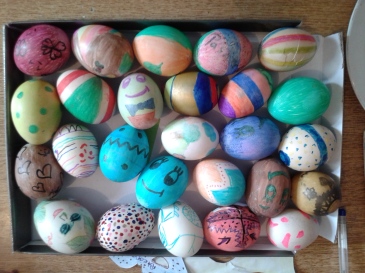 In advanced level English class, students made a presentation about “Made in UK” using power points. 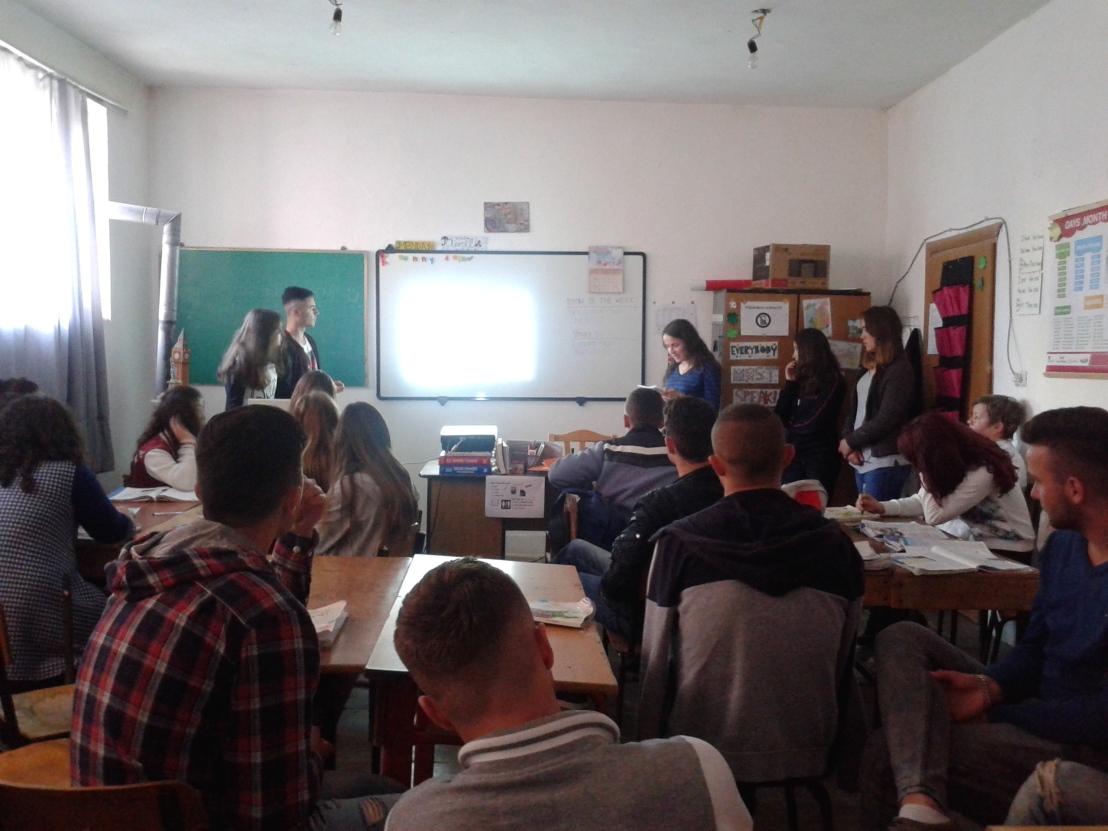